Minimum salary in Turkey increased by more than 50% to 4,250 Turkish Liras 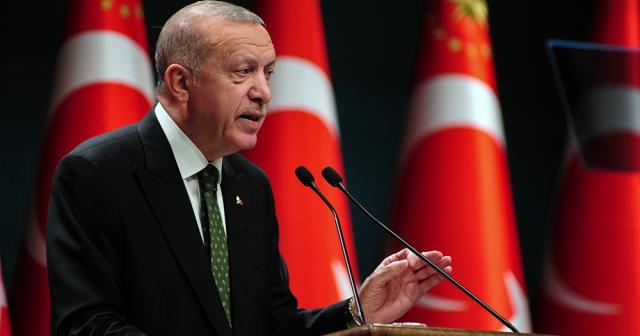 -The announcement was made Thursday by the Turkish Head of State, Recep Tayyip Erdogan.

The President of the Republic of Turkey, Recep Tayyip Erdogan, made statements on Thursday at the end of the last meeting between the government and the social partners to decide on the revaluation of the minimum wage which will come into force on January 1, 2022 .

“We have thus proceeded to a revaluation of the minimum wage of more than 50%”, welcomed Erdogan, underlining the historical level of the revaluation.

Erdogan explained that the 4,250 TL is the minimum wage for a single worker, single and without children.

“The amount of the new minimum wage [4250 TL] will increase if the worker is married and depending on the number of children,” he said.

This very sharp increase in the lowest salary “was an obligation” in the face of the harmful effects of the high inflation which is raging in Turkey.

“The revaluation of the minimum salary in Turkey is a demonstration of our desire not to crush workers under the effects of inflation,” he insisted.

But in Turkey, this wage increase is accompanied by measures that will reduce costs for employers.

“From the new year, we are removing the income tax on the minimum wage,” he said, for example.

He added that the additional cost on the shoulders of employers will thus be directly reduced by 450 TL per month.

In conclusion, Erdogan reiterated the state’s determination not to let fluctuations in currency prices and inflation undermine stability and confidence in the Turkish economy.