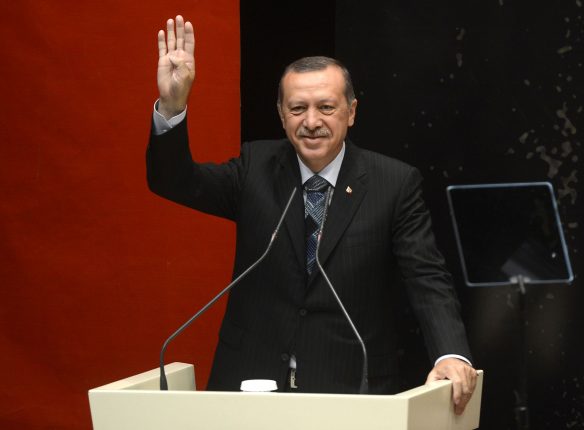 The Turkish president Erdogan intends to build thirteen cities in northern Syria controlled by the Turkish army and its opposition allies to Assad. Objective: to settle a million people there. Erdogan wants to reassure Syrian refugees in Turkey.

Süleyman Soylu, the Turkish Interior Minister, last week visited al-Kamounah, an area in northern Syria controlled by the armed opposition to Bashar al-Assad’s regime, where dozens of thousands of refugees from the rest of the country. The Turkish minister inaugurated a permanent city there. Rows of cinder block houses to replace the Red Crescent tents.

In a video message, Turkish President Recep Tayyip Erdogan promised the construction in Azaz, Tell Abyad, Jarablus and in the other parts of the border strip of thirteen cities on this model, with schools, hospitals, business parks industrial and agricultural, all infrastructure. Objective: to organize the return to their country – voluntary and honorable, he said – of one million Syrians who have been in Turkey, some since 2012.

Generosity ? Not only. Turkey hosts 3.6 million Syrian refugees, according to the UN. And while the Turks suffer from inflation at 70%, cohabitation continues to become tense. Last summer, a “ratonnade” broke out in Ankara, the capital, after a deadly incident. For Erdogan, there is an urgent need for a year of presidential and legislative elections which promise to be very perilous.

Returning refugees would, from his point of view, be an advantage and not the least. The arrival of Arab Syrians would dilute the Kurdish population of northern Syria, where the Turkish army has been deployed since 2016, in order to prevent the border strip from falling under the control of the YPG militias, allies of the PKK, the guerrillas Kurdish from Syria.