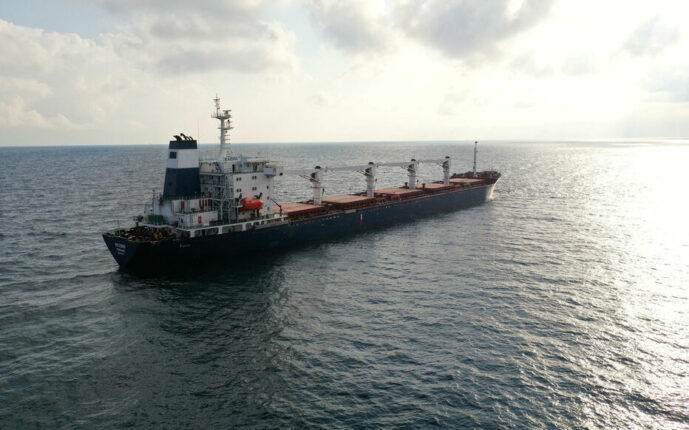 After an imbroglio on its destination, the freighter Razoni docked in Turkey on August 10, under the Russian-Ukrainian grain agreement. While other ships have since set sail, Spain chartered a special train for Ukrainian exports, in a bid to promote rail freight.

We have so far had no news of its final destination. The Razoni, the first freighter to leave the Ukrainian coast loaded with grain since the start of the war with Russia, docked on August 10 at the port of Mersin, Turkey. He was originally scheduled to travel to the port of Tripoli, Lebanon. “According to information provided by the sender, the buyer refused to accept delivery due to delays in delivery times,” the embassy said, as quoted by Reuters. A new buyer has reportedly emerged in Turkey, according to the Middle East Eye news site.

On August 8, the Turkish freighter Polarnet was the first to reach its destination in Turkey. Leaving from the Ukrainian port of Chornomorsk on August 5, it was carrying 12,000 tons of corn. A total of eight ships have set sail since the signing of the Russian-Ukrainian agreement signed on July 22, under the aegis of the UN. This allows kyiv to resume grain exports, vital for its economy, provided that the ships are inspected in Istanbul, Turkey. More than a billion dollars should be recovered by Ukraine thanks to the unblocking of the ports, if the agreement is respected, while Russia obtained facilities for its own exports. The Ukrainian government hopes that three to five boats a day will be able to leave the country within two weeks.