NATO: the alliance welcomes “important steps” from Sweden towards Turkey 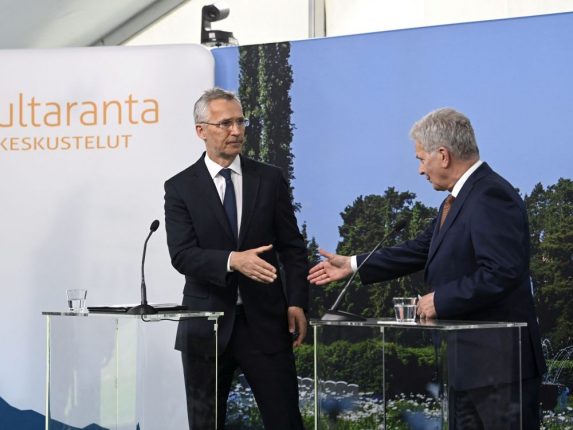 Security concerns raised by Turkey in its opposition to Finland’s and Sweden’s NATO membership bids are legitimate, Alliance Secretary General Jens Stoltenberg said on Sunday during a visit to Finland .

Stockholm has taken important steps to meet the conditions set by Ankara to approve its entry into NATO, said Monday the secretary general of the alliance, Jens Stoltenberg

Tensions between Turkey and Sweden could ease. On Monday June 13, Jens Stoltenberg, NATO Secretary General, said that Stockholm has taken steps to meet the conditions set by Ankara so that Sweden can join the alliance.

The Turkish authorities are indeed opposed to the candidacies of Sweden and Finland to enter NATO. In particular, they reproach these two countries for the fact that they harbor “terrorists” from the Kurdistan Workers’ Party (PKK) and its YPG branch in Syria. Turkey is also calling for the lifting of a Swedish embargo on arms exports, which has targeted the country since the Turkish army’s offensive in northern Syria in October 2019.

“No ambiguity”. “I am pleased that Sweden has undertaken to modify its anti-terrorist legislation and to review the legal framework for its arms exports so that they reflect its future status as a member of NATO and its new commitments towards its allies”, said Jens Stoltenberg during a joint press conference with Swedish Prime Minister Magdalena Andersson on Monday. “These are two important steps in response to Turkey’s concerns,” he added.

The Swedish Prime Minister announced a strengthening of Swedish anti-terrorism legislation from July 1 “so that there is no ambiguity about Sweden’s will to fight terrorism”. Turkey, a member of NATO since 1952, is in a position to block the entry of the two Nordic countries into the alliance, which requires unanimity. Ankara’s demands mainly concern Sweden.