Turkey still hostile to Sweden, opens the door to Finland 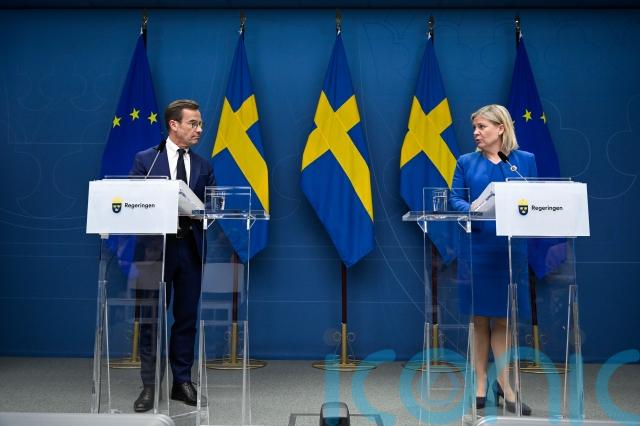 It’s still no for Sweden, but Turkey seems more conciliatory on Saturday towards Finland (regarding its NATO membership), after President Recep Tayyip Erdogan’s first telephone talks with his Nordic counterparts since the start of the crisis.

The Turkish Head of State threw a stone into the pond by warning, on May 13, that he was opposed to the enlargement of the Atlantic Alliance to these two countries which he accused of being “inns for the terrorists” of the PKK, the Kurdistan Workers’ Party.

Mr. Erdogan also spoke with the head of the Atlantic Alliance, Jens Stoltenberg, to whom he renewed his concerns.

“As long as Sweden and Finland do not clearly show their solidarity with Turkey on fundamental issues, in particular the fight against terrorism, Turkey will not consider positively their membership in NATO”, the a- he thus warned, according to a press release from the presidency.

Immediately after speaking to Swedish Prime Minister Magdalena Anderson, the Turkish President called on Sweden to “end its political and financial support and arms deliveries to terrorist organizations”.

More specifically, Mr. Erdogan said he “expects Sweden to take concrete and serious measures, showing that it shares Turkey’s concerns regarding the PKK terrorist organization and its extensions in Syria. and in Iraq.

He also asked Stockholm to “lift its restrictions” on arms exports to Ankara, imposed since October 2019 following military operations led by Turkey in northern Syria and Iraq against positions of the PKK and its US-backed Kurdish YPG allies against the Islamic State.

Change of tone, however, after his exchange with his Finnish counterpart, a little later in the afternoon.

According to the Turkish presidency, Mr. Erdogan simply asserted “Turkey’s natural right to expect respect and support in its legitimate fight against threats to its security and its population”.

For his part, on Twitter, President Niinitö affirmed that “Finland condemns terrorism in all its forms” and evoked “an open and direct telephone exchange with President Erdogan”.

“I underlined that as NATO allies, Finland and Turkey would be committed to each other for their security and that their relationship would grow stronger.”

“The sustained dialogue continues,” he insisted.

Ms. Anderson, the Swedish Prime Minister, also welcomed on Twitter a first direct exchange with her Turkish counterpart. “We hope to strengthen our bilateral relations, including in terms of peace, security and the fight against terrorism,” she wrote.

Turkey opened a crisis within NATO, of which it is a member, by opposing the extension of the organization to these two countries which asked to join the Alliance after the Russian invasion of the Ukraine and received the support of the overwhelming majority of Member States.

Finland in particular shares 1300 km of border with Russia.

Ankara accuses them of harboring and supporting members of the PKK, which it considers a terrorist organization, like Washington and the European Union.

More specifically, it criticizes Stockholm for having repeatedly refused the extradition of around thirty members of the PKK and has repeatedly reiterated in recent days its hostility to any concession.

“We are determined to maintain our position, we have informed our friends that we will say no to Finland and Sweden who want to join NATO and we will persist in this voice”, repeated the Turkish head of state on Friday. .

On Saturday, after his meeting with Mr. Erdogan, the Secretary General of the Atlantic Alliance, Mr. Stoltenberg, noted on Twitter that the “security concerns of all allies must be taken into account. Discussions are continuing.”

The NATO enlargement procedure requires the unanimity of its members.