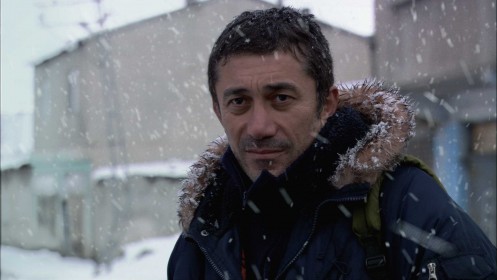 Turkish cinema is recognized and regularly rewarded in foreign festivals. Yılmaz Güney certainly occupies a special place in the international recognition of Turkish cinema. His raised fist at the presentation of his Palme d’Or remained in everyone’s memory and visibly marked the imagination of his successors: Turkish winners of Cannes such as Nuri Bilge Ceylan or Fatih Akin wanted to symbolize a “filiation” in repeating the same gesture.

Turkish cinema and its directors

Among the Turkish directors who currently count, here are those who have crossed paths with the history of the Cannes Film Festival:

Nuri Bilge Ceylan is a big name in Turkish cinema. He is the Turkish director whose films have been selected the most at the festival. His short film Koza (Cocoon) was screened at the Cannes Film Festival in 1995. Nuri Bilge Ceylan won numerous awards with his first feature film Kasaba (Small Town) as well as with Mayıs Sıkıntısı (May Clouds), his second film. Uzak (Distant), his third feature film, received the Grand Prize and the Best Actor Prize at Cannes in 2003. This film was a real success internationally. The film İklimler (Climats), which he directed in 2006, won the FIPRESCI Prize at Cannes (cinematographic press prize) the same year. He is thus hailed by the profession and international critics. His latest film, Üç Maymun (The Three Monkeys) earned him the Best Director Award at the 2008 Cannes Film Festival.

Nuri Bilge Ceylan won the grand prize (Ex-aequo) in 2011 with Bir zamanlar anadolu’da (Once upon a time in Anatolia) and the Palme d’Or with Kış uykusu (Winter Sleep) in 2014. He is again in competition at the Cannes Film Festival in 2018 with Ahlat ağacı (The Wild Pear Tree).

We no longer present Fatih Akin as one of the great representatives of Turkish cinema internationally. Fatih Akın is a German director, screenwriter, producer and actor whose parents are of Turkish origin. He won the screenplay prize at the 2007 Cannes Film Festival with Yaşamın Kıyısında (On the Other Side). In 2005, he directed a documentary on music in Turkey, Crossing the Bridge – The Sound of Istanbul presented out of competition at the Cannes Film Festival where he is also a member of the jury under the chairmanship of Emir Kusturica.

Fatih Akın also won the Golden Bear at the Berlin Festival in 2004 with Duvara Karşı (Head-On) as well as the Grand Prize at the Venice Film Festival 2009 with the comedy Soul Kitchen and the Golden Globe (USA) for best foreign language film in 2018 for Paramparça (In the fade).

Semih Kaplanoğlu, who represented Turkey at the 74th Cannes Film Festival in 2021 with Bağlılık Hasan (Hasan’s Promises), had already participated in the Directors’ Fortnight section with the film Yumurta (Egg) in 2007. He won the Golden Bear with Bal (miel) in Berlin in 2010. He also participated in the Ateliers de Cannes with Süt (Milk) the same year, and was a member of the jury for the Cinéfondation and Short Films at the Cannes Film Festival in 2013 .

Emin Alper wrote and directed his first film Tepenin ardı (Behind the Hill) in 2012. This was awarded the Best First Film Award at the 2012 Berlinale. The same year, he also won the Best Film Award at the Asia Pacific Screen Award. He directed Kız Kardeşler (A Tale of Three Sisters) in 2019. His latest film, Kurak Günler (Burning Days), was selected in competition for Un certain regard at the 75th Cannes Film Festival in 2022.

His first film, Hammam (The Turkish Bath), dates from 1997. He participated in the Cannes Film Festival in 1999 in the Un certain regard section with Harem Suare (The Last Harem).