“Armenia is a bargaining chip between Russia and Turkey” 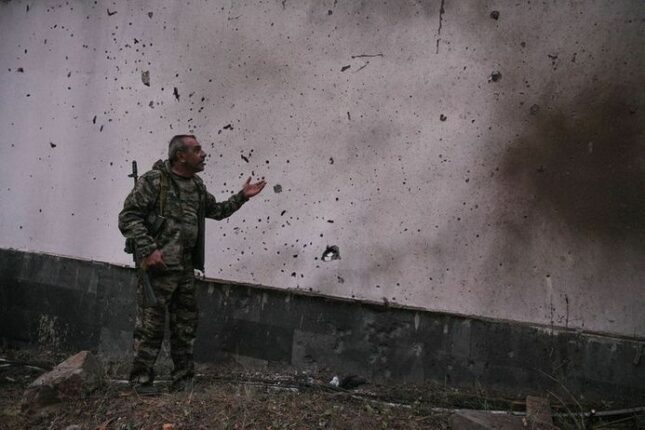 While shocking videos of apparent war crimes committed by Azeri soldiers in Armenia circulate on the net, after the incursion of this army into Armenian territory in mid-September, Tigrane Yegavian, researcher at the French Center for Research on Intelligence (CF2R) and member of the editorial board of the review “Conflicts”, analyzes the role of Russia and Turkey in this new escalation, while the conflict is bogged down in Ukraine.

A bloody war in Nagorny Karabakh in 2020 ended with a Russian-brokered ceasefire agreement, which is proving precarious. Especially since Azerbaijan went back on the offensive last month, on the very territory of Armenia, killing more than a hundred people. Is it a new war that is opening, this time between Armenia and Azerbaijan?

Tigrane Yégavian: In my opinion, it is not a question of a bilateral conflict between these two neighboring countries of the Caucasus, but of a globalized conflict, of a kind of “snooker billiards” between the great imperialist powers – Russia and Turkey – in which Armenia appears as a currency of exchange, or an adjustment variable. In 2020, thanks to the conflict in Karabakh, where it refused to intervene, Russia obtained what it had not been able to win in 1994, at the time of the first Karabakh war: an interposition force , on the pretext of a civilian population to be defended. But, far from wanting to defend the Armenians of Karabakh, Moscow wants to have a lever of pressure on Baku and to come back in force in its “near abroad”. Russia recovers what it considers its zone of influence. But in the eyes of the Azeris, it is an occupying force. Karabakh has become a Russian province without status, where Russian is now the second official language, a kind of protectorate like Transnistria in Moldova or the exclave of Kaliningrad.

But this situation does not suit Azerbaijan, which does not cease in Karabakh to nibble on Armenian areas, and even attacks Armenia directly. Why is Russia letting things happen? And what game is Turkey playing in this pool table?

Since the outbreak of the war in Ukraine, Azerbaijan has gone back on the offensive in Karabakh, and is nibbling away at Armenian areas, with the tacit agreement of Russia. Two days before the start of the war in Ukraine, Vladimir Putin had received his Azeri counterpart at the Kremlin, to sign an agreement on the export of Russian gas. Baku and Moscow, whose state-owned gas and oil companies are actively present in Azerbaijan, had signed a new partnership for the two countries’ natural gas exports, under which the Russians could circumvent sanctions via their Azeri partner. Turkey, for its part, would like to replicate in the Caucasus what it did in Syria, to drive out the Christians in the north of the country. Since 1992-93, Ankara has supported Baku by blockading Armenia, closing their common border, and doing everything to devitalize the country, to suffocate it. Yes Armenia is in danger, because Azerbaijan, which is largely militarily superior to it thanks to its oil revenues, has clearly announced its intention to attack and capture new territories in the south of the country.

Russia, within the Collective Security Treaty Organization (CSTO), is it not supposed to defend the territorial integrity of Armenia, under this military alliance of which the two countries are members?

Certainly, but the question is to know what constitutes, in this matter, a red line for Russia, occupied by the war in Ukraine, and anxious not to alienate Baku. Armenia, for its part, is not in a position to leave the CSTO. If she had sent a small contingent last January to Kazakhstan, at the call of President Tokayev, she has few illusions about this Russian NATO which has collective security only in name.

What is Azerbaijan trying to achieve? Some in Armenia fear the complete disappearance of the country, swept away by the pan-Turkish alliance.

Baku wants the creation of an extraterritorial corridor, that is to say without any external control, via Armenian territory, between Azerbaijan and Nakhitchevan (its exclave wedged between Armenia and Iran). Russia itself wants to control this future corridor. However, note that point 9 of the ceasefire agreement signed by Armenia, Azerbaijan and Russia on November 9, 2020, does not mention any sovereign corridor, just a channel of communication open to goods and goods. Armenia, therefore, refuses to relinquish its sovereignty over its own territory. To achieve its ends, Azerbaijan has undertaken a disturbing carve-up of Armenian territory, with the apparent blessing of Moscow.

So Russia is ready to sacrifice Armenia and ally with Baku and Ankara?

Between Russia and Turkey, it is not an alliance but a partnership, a competitive cooperation. While these two imperial powers went to war a dozen times in the 19th century, they are now converging through their rejection of the West and their economic interdependence. What does Armenia weigh in this configuration?

Nancy Pelosi recently came to Yerevan to denounce the aggression of Azerbaijan, and Emmanuel Macron received the Armenian Prime Minister, Nikol Pashinian, at the end of September, before seizing the Security Council on this subject. What weight do you think these interventions have, at a time when videos of apparent Azeri war crimes are circulating on the net?

Nancy Pelosi‘s visit had the positive effect of turning the international media’s spotlight somewhat on Armenia, which has been completely off the radar since 2020. But just as her visit to Taiwan infuriated China, this one irritated Moscow. As for the French president, well isolated on the issue within the EU (Brussels had signed an important agreement with Baku in July) he must confine himself to mediation efforts. But it is true that his referral to the UN Security Council, at a time when atrocious videos of apparent Azeri war crimes in Armenia are broadcast, has a bit surprised in Azerbaijan…