HOW MUCH WILL THE RETIRED SALARY BE in 2023? SSK/Bağ-Kur/Pension Fund lowest and highest salary calculation according to inflation difference 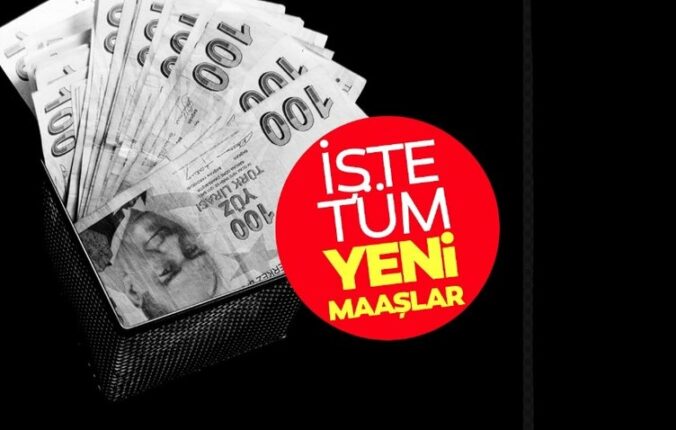 The critical week has been entered for the pensions that will be valid in 2023. Taking into account the inflation data of the last 6 months, the rate of increase for retirees will be determined. Those who retire from SSK, Bağ-Kur and Retirement Fund are already wondering about the increase rates to be made in January. With the announcement of the December inflation rate by TURKSTAT, the pension increase rates will become clear. The lowest and highest wages to be paid according to the increase rates in the pension began to be determined. So how much will the 2023 pension be? Here are the latest developments in the increase to be made in January for retirees according to the inflation difference…

In the first six months of 2022, a 25.5% increase was made for retirees, and the minimum pension was increased to 2,500 TL. With a second hike in July, this fee was increased to 3,500 TL. Within the scope of the fight against inflation, the minimum wage and civil servant salaries were increased for the second time during the year, and retirees received a 42.35% increase in July. A short time before the new year, the pensions that will be valid in January began to be investigated. With the December inflation figures to be announced by the Turkish Statistical Institute (TUIK), the inflation gap will be clearly revealed. There are two options on the table in pension increase rates. The lowest and highest pension increase rates are calculated according to two scenarios. So how much will 2023 pensions be? Here is the latest on the subject…

HOW MUCH WILL THE 2023 RETIREMENT SALARY BE?

The inflation difference is taken into account when determining pensions. According to the December inflation to be announced by TURKSTAT, the hike rates for retirees will be determined in January.

According to the 5-month inflation figures announced in the past July, August, September, October and November, the rate of increase to be received is already 14.04. Inflation figures for December will be added to these rates.