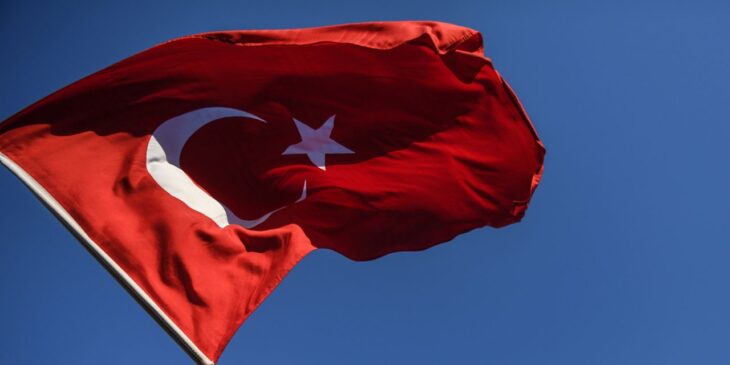 What is Turkey ‘s economic situation at the end of 2022? Driven by an increasingly accommodating monetary policy since the end of 2021, Turkish GDP growth was strong in the 1st half. At the same time, the job market improved significantly over the period. However, this monetary policy orientation has led to a worrying slide in the pound and therefore, directly or indirectly, an exacerbation of inflationary tensions, a worrying increase in poverty, a depletion of reserves and a slippage in public finances.

Signs of shortness of breath are noticeable in the 2nd semester. They are the consequence of a much less buoyant international context.

An ever more accommodating monetary policy, which supported GDP and employment in the 1st half of the year

Stimulated by monetary policy, growth remained strong in the 1st half

After +11.0% in 2021 – the best performance within the G20 – growth remained strong in the first quarter with +7.3% y/y. A large part of the dynamism of activity is explained by the very accommodating interest rate policy of the Central Bank which supported bank lending. The Central Bank thus reduced its main key rate from 19.00% at the beginning of September 2021 to 14.00% at the end of last year. These decisions had the effect of strongly stimulating credit and therefore the activity of financial services. But GDP was also supported by other cyclical factors: tourism, logistics, and shopping center activities, hitherto severely penalized by the restrictive measures decided to curb the pandemic, experienced an upturn in the 1st quarter. .

Growth remained robust in the 2nd quarter with 7.6%; the engines at work are the same. GDP was thus driven by the activity of the banking sector, which remains strongly stimulated by the aggressive policy of the Issuing Institution; in total, bank credit grew by 58.9% y/y. in the first half and bank profits soared by +400% over the same period. GDP was also supported by the tourism sector: the number of tourists was multiplied by 4 over one year during the 2nd quarter to reach almost 12 M, i.e. almost the pre-health crisis level, and tourist receipts increased of 190.2% y/y over the same period.

With GDP growth in Turkey, a notable improvement in the labor market over the period

Performances obtained, however, at the cost of a worrying deterioration in financial and social conditions and major macroeconomic balances

Turkey : An exacerbation of inflationary pressures and an increase in poverty

The very accommodative monetary policy has led to a worrying slide in the Turkish lira and hence a dangerous deterioration in Turkey ‘s financial and social conditions. Indeed, the Turkish lira has depreciated sharply, by 44.0% against the dollar in 2021 and by 39.8% since the start of 2022, which has fueled (i) a sharp drift in prices that the conflict in Ukraine, by generating a rise in international commodity prices, worsened (+85.5% in October for consumer prices and +157.7% for producer prices, record highs) and (ii) a concomitant sharp rise in poverty (from 12.2% to around 17.0% in 2021 alone, with growth ultimately proving to be very non-inclusive). This latest development has led the authorities to act on the social front, by agreeing to increases in the minimum wage of 50% on January 1, 2022 and an additional 30% on July 1. A further significant increase in the minimum wage is anticipated near the end of 2022 (at least 70%).

Strong concerns about the level of reserves

Tensions on the external position have increased and the level of reserves is worrying the rating agencies. The higher cost of imports fueled by the conflict in Ukraine, coupled with the weakness of the Turkish lira, gradually overwhelmed the positive effect on the trade balance of the stimulation of exports by the depreciation of the lira. With the explosion in international commodity prices, and in particular gas and oil on which Turkey is almost entirely dependent, the current account deficit widened to USD 39.1 billion in September 2022 (4.7% of GDP ) against USD 14.0 billion at the end of 2021 (1.7% of GDP). Reserves, which have also been mobilized to avoid an excessive slide in the pound since last autumn, have reached critical levels: at USD 14.6 billion at the start of November, they represent less than half a month of imports. Under these conditions, Moody’s and Standard & Poor’s downgraded Turkey ‘s rating respectively from B2 to B3 and from B+ to B (stable outlook in both cases), i.e. respectively 6 and 5 grades below the “investment” level.

The high cost of the mechanism for protecting savings in Turkish liras against any depreciation against the dollar has contributed to the surge in current expenditure and, more generally, to the slippage of the public accounts in 2022. This mechanism has been put in place at the end of 2021 by the government with the hope of encouraging Turkish savers to convert their dollar deposits into Turkish liras, thus promoting the “liraization” of the economy and limiting the depreciation of the pound (through this mechanism , the authorities have undertaken to compensate savers for any loss of financial wealth suffered in the event of a continued depreciation of the pound, post conversion of assets into dollars). As the pound continued to decline in 2022 (see above), the system represented a non-negligible cost for the Turkish State, estimated at TRY 91.6 billion over the first ten months of the year. These expenditures are one of the causes of the slippage in public finances: the initial Budget Law provided for a deficit of TRY 278.4 billion in 2022; it should reach, according to the latest official estimates, 461.2 billion TRY.

Despite this, a monetary policy stance unchanged since the summer

With the slowdown in the EU – Turkey ‘s main trading partner – the first signs of a deceleration in activity are perceptible in the 2nd half. The Purchasing Managers’ Confidence Index (PMI) has been on a downward slope for several months and hit 46.4 in October. For its part, the “export climate index”, published by the Istanbul Chamber of Industry, has been falling continuously since August, to stand at 47.9 in October. Below the 50-point threshold, these two indices signal an ongoing contraction in activity.

In the third quarter, labor market indicators are no longer improving. Indeed, the unemployment rate increased in September to 10.1% against 9.8% the previous month. The unemployment rate for 15-24 year olds recorded a greater increase, to 18.9% in September against 17.3% in August. The ripple effects of activity on the labor market therefore seem to be drying up in this third half.

Despite the effects on the exchange rate, inflation, external position and public finances, the Central Bank continued to ease throughout the fall. The main key rate was thus reduced in November to just 9.00%, which in real terms this time, makes it one of the lowest in the world.

In its press release dated November 24, the Central Bank indicates that it will announce new macro-prudential measures in December in its 2023 monetary policy document. It also specifies that the cycle of reductions in its key rate, which began in August, has come to an end (total reduction of 500 basis points). The recent decision of the Central Bank had been anticipated and therefore did not have a significant effect on the markets.