Turkey: the minimum wage again raised by more than 50% 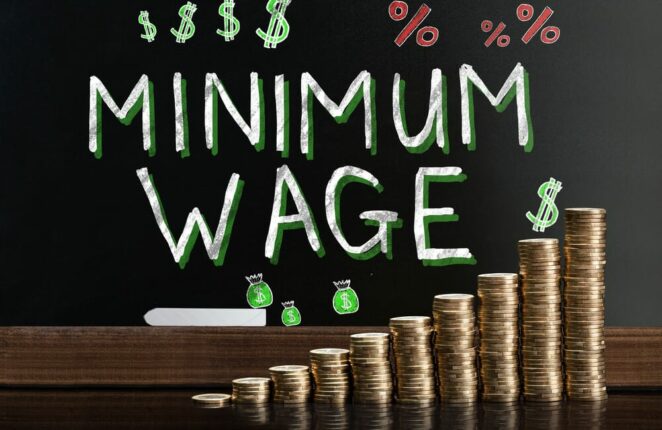 President Erdogan has announced that minimum wage in Turkey will increase by 54.5% in January. A third increase in one year to compensate for the loss of purchasing power of employees in a context of unbridled inflation.

Turkish President Recep Tayyip Erdogan made the suspense last a bit during a press conference on Thursday by being silent for a few moments and smiling, before revealing the new amount of the minimum wage in Turkey. From 5,500 Turkish liras net per month (i.e. around 276 euros), it will increase in January to 8,500 pounds (i.e. 427 euros at the current exchange rate). An increase of 54.5%.

The minimum wage in Turkey thus revalued for the third time in one year. Between December 2021 and January 2023, it will have increased by 200%! Reported in euros, it reached an unprecedented level for several years, six months before crucial elections in Turkey.

Behind these figures, however, hides a loss of purchasing power of Turkish employees due to the inflationary crisis that has hit their country for more than a year. The increase in the Turkish minimum wage is only temporarily catching up with that of prices. Indeed, inflation peaked in October, reaching 85% year on year, according to official figures from the Turkish Statistical Institute, before starting to stabilize in November at 84% (102.5% for food).

But according to the independent economists of the Inflation Research Group (Enag), the prices on the labels had rather increased by 170% in November year on year, while the Chamber of Commerce of Istanbul estimates of its side this increase to 105% in the Turkish metropolis. Inflation largely imported, and caused by the depreciation of the Turkish national currency which fell by 44% against the dollar in 2021 and has lost almost 30% of its value against the greenback since the beginning of 2022.

“After a series of meetings, unfortunately, employees and employers could not agree on an amount” of the minimum wage, regretted the Turkish president. Representative of Turkish employees during these negotiations, Türk-IS, the country’s main trade union confederation, boycotted the announcement of the new amount. The organization wanted 9,000 Turkish liras, a request supported by part of the opposition. MP of the Peoples’ Democratic Party (HDP – pro-Kurdish left) Garo Paylan wrote on Twitter on Thursday: “I invite those who say ‘the minimum wage in Turkey at 9,000 TL is too much’, to try to get by for a month with this amount.

The Confederation of Revolutionary Workers’ Unions, more assertive than Türk-IS, demanded a minimum wage of 13,200 Turkish liras and its revaluation every quarter according to inflation, while the Republican People’s Party (CHP), the main opposition party, advanced the figure of 10,000 TL. According to the Turkish central bank, 43% of employees (excluding the agricultural sector) are paid the minimum wage in Turkey. A rate that rises to 50% in the industry.