In this article, you will learn the main points about Payroll Turkey.

Payroll Turkey is usually paid in the end of the month, but a company can pay their employees whichever day they want.

The corporate tax rate under Turkish tax law is one of the most competitive in the OECD. The new corporate tax law has brought clearer, more objective and more coherent measures which are now in line with international standards.

With regard to the Turkish tax system, there is a unique regime inspired by the basic principles of European tax law, which applies to both natural and legal persons. The Turkish tax system has three main components: income taxes, expenditure taxes and wealth tax. 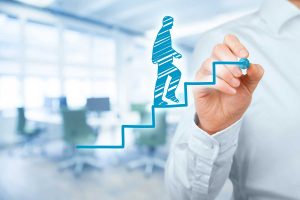 What is income tax?

Income tax is the tax that is collected on the income of natural persons, that is to say non-institutionalised persons who are entitled and can exercise power in law. Income is the net amount of a person’s earnings and returns in a calendar year.

What are the elements of income ?

In Payroll Turkey, taxable income is defined in the “Income Tax Law”. Accordingly, income and revenues that come into income are as follows:

Other earnings and returns

What does irat mean?

Who are the income tax payers? Who pays income tax?

Residing more than six months per calendar year in Turkey,

Is linked to government departments, establishments and undertakings or entities headquartered in Turkey or institutions, undertakings and entities residing in foreign countries with their work on due are Turkish nationals.

The success gained in Turkey and abroad and tax payers are taxed on all of the gains.

Individuals who settled in Turkey are counted as tax payers and are taxed only on income and earnings that they made in Turkey.

What is the income tax return, where is it found and when is it issued?

The income tax return is the statement that shows your income, and is given for the realisation of the tax. You can find the declaration in the relevant section of the Revenue Administration Web Site.

When is income tax paid?

Where is income tax paid?

Payments can be made through the tax office where the taxpayer’s residence is located, the tax office to which the business is attached or the banks.

Wages are decided at the level of companies and not of branches of activity, and can in principle be freely determined in the employment contract, provided that they are not lower than the minimum wage, reassessed at least every two years. Although the law does not impose it, certain employers regularly reassess wages, even index them to the official rate of inflation (such a clause is legal in Turkish law) in order to fight against the deterioration of the purchasing power of workers due to the high rate of inflation in Turkey.

The “net” salary stipulated in the employment contract, unlike the French system, refers to the amount of money made available to the employee after deduction of income tax, which in Turkey is subject to deduction at source (“stopaj”). Thus, if the parties agree to a net salary, the employer is obliged to pay not only the amount promised, but also the related income tax and social charges.

The legal weekly working time in Turkey is 45 hours. This duration can be freely distributed over the 7 days of the week, including Sundays, subject to one day of rest per week and a maximum of 11 hours of daily work, or a maximum of 7.5 hours if it is ‘night work’. The use of overtime requires that the employer first requests the consent of the employee, and that the total overtime does not exceed 270 hours per year. Overtime generally gives rise to the payment of a premium of 50% per hour worked. Religious and national holidays are paid days off. The employer is required to obtain the employee’s agreement to make him/her work during these days, with the employee being entitled to an increase of 100% of his/he

More information about Payroll Turkey services offered by our company is available on our website.