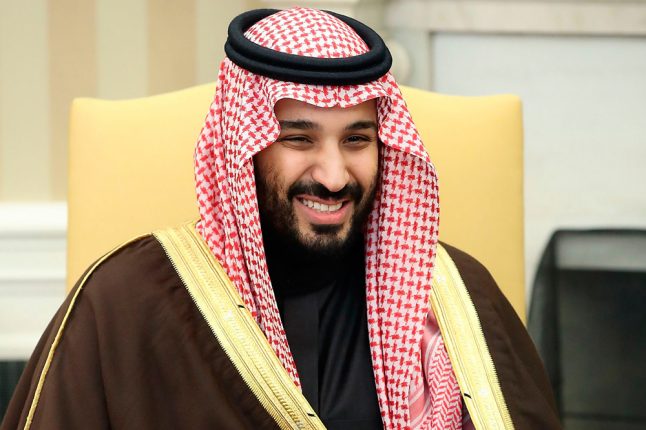 Saudi Crown Prince Mohammed bin Salman, known as “MBS”, is expected in Turkey on Wednesday for his first official visit to the country, which buries three and a half years of estrangement arising from the assassination of journalist Jamal Khashoggi in Istanbul.

“We will receive the crown prince on Wednesday in Kulliye”, named after the Turkish presidential palace in Ankara, Turkish President Recep Tayyip Erdogan said in a public statement.

The detailed program of the visit will be announced “over the weekend”, a senior Turkish official had previously told AFP on condition of anonymity.

Several agreements should be signed between the two regional powers, added the same source.

This visit, expected for several months, is the first of MBS in Turkey and de facto the first since the assassination in Istanbul in October 2018 of the Saudi journalist Jamal Khashoggi, a case which had poisoned relations between Ankara and Riyadh.

Contacted by AFP, Hatice Cengiz, Mr. Khashoggi’s fiancée at the time of his assassination, did not respond.

Turkish President Recep Tayyip Erdogan visited Saudi Arabia at the end of April, where he met the crown prince before making a brief stopover in Mecca for Ramadan.

Mr. Erdogan and the Saudi crown prince had discussed in Jeddah “ways to develop” relations between their two countries, the Saudi state press agency SPA reported after their meeting.

End of ban
The Khashoggi affair froze relations between Ankara and Riyadh for more than three years, already tense since 2017 and the blockade decreed by Saudi Arabia of Qatar, an ally of Turkey.

Jamal Khashoggi, a critical columnist at the Washington Post, was killed and dismembered on October 2, 2018 at the Saudi consulate in Istanbul when he came to collect the papers necessary for his marriage to his Turkish fiancée.

At the time, the Turkish president accused the “highest levels of the Saudi government” of ordering the assassination.

Ryad had subsequently moved closer to certain traditional rivals of Ankara, such as Greece and Cyprus, particularly in the energy field.

In early April, the Turkish courts decided to close the trial for the journalist’s assassination and sent the cumbersome file to the Saudi authorities, paving the way for rapprochement between the two capitals.

After an opaque trial in Saudi Arabia, five Saudis were sentenced to death and three to prison terms – the death sentences have since been commuted.

For MBS who is in Turkey, this is the end of the banishment from Westerners: US President Joe Biden, who will visit the Middle East in mid-July for the first time since arriving at the White House, has planned a step in Saudi Arabia to meet the Crown Prince.

French President Emmanuel Macron also made the trip to the Wahhabi Kingdom, to Jeddah at the beginning of December.

Foreign capital
Turkey, for its part, has been seeking in recent months to normalize relations with other regional powers, including Israel and the United Arab Emirates.

She has also been very active on many international issues, seeking to facilitate mediation between Ukraine and Russia in particular and to get involved, at the request of the UN, in the transport of Ukrainian cereals in the Black Sea. .

But Ankara has also irritated its traditional allies, opposing for a month the entry into NATO of Sweden and Finland and threatening a new military offensive against Kurdish fighters in northern Syria. .

“Turkey’s main concern is to obtain Saudi financing to replenish the coffers of the [Turkish] central bank, which are dangerously empty,” said Asli Aydintasbas, researcher and specialist on Turkey at the European Council on International Relations (ECFR). , interviewed by AFP.

“Both countries need this visit: Turkey is looking for investments to face a serious economic crisis and Saudi Arabia could be interested in Turkish military technology”, adds James Dorsey, researcher at the Institute. of the Middle East from the National University of Singapore, which points out that the two countries “are in competition for regional leadership”.

President Erdogan, who hopes to be re-elected in June 2023, has to deal with a sharp devaluation of the Turkish lira and inflation which reached 73.5% year on year in May, making his re-election uncertain after two decades at the head of the country.